Tickets for guest nights at the Black Swan are available from www.wegottickets.com. Search under venue "York Black Swan" or click on the links in the listings below. WeGotTickets charge a simple 10% booking fee on top of face value and email you a booking reference rather than posting a ticket, meaning you can book until 6pm on the day. Bring the booking reference number with you but do not bother to print out the whole booking confirmation.

Early booking is advised for very popular artists - we do sometimes sell out in advance!

Special concessionary rates (half the normal price on guest nights) are available for under-18s and full-time students.

All tickets are slightly cheaper if pre-booked at www.wegottickets.com compared to prices on the door.

Early Music Centre concert tickets are handled by the NCEM Box Office, either online or on 01904 658338.

Singers Nights are "pay-on-the-door" only events.

Doors open at 7:45pm each Thursday, 7pm at the NCEM

http://fakethackray.com
Black Swan, Peasholme Green, York
John Watterson aka Fake Thackray is an adopted Yorkshireman, who was born and grew up on the Isle of Man. That's where he first saw and met the iconic singer and songwriter Jake Thackray in 1975. John recalls a performance at the local folk club, which had the audience in stitches and also a chat with a very modest and self-deprecating Jake at the interval. On learning of Jake’s passing in 2002, John decided that the songs were too good not to be kept alive. He set about learning more of them. and became Fake Thackray. The songs of Jake carried on into live performance once again.
Watch Video
Artist Website
Buy Tickets
Open Mic evening performers and audience welcome.
14th July 2022
No advance tickets £3 minimum donation. 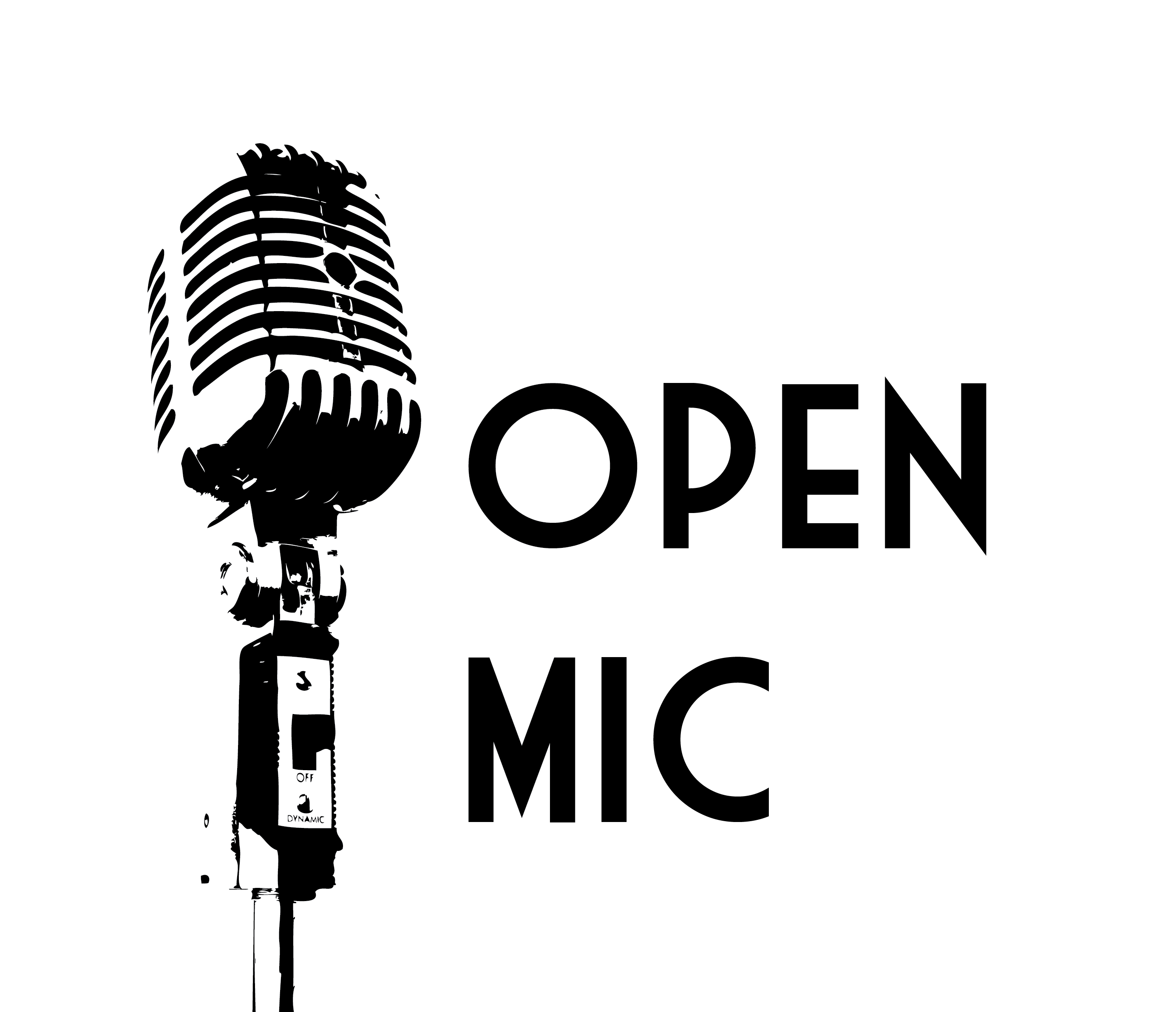 http://www.henryparkermusic.co.uk
Black Swan, Peasholme Green, York
First time in for this new singer-songwriter whom several regular audience members have urged us to include in our guest listings. With his eco-conscious debut album ‘Silent Spring’ (2019), Henry Parker laid down a new sound for modern folk music, drawing deep from the well of the sixties and seventies revival. His style is a clear joining of the past and the present, a unique voice in the folk world that echoes with sounds of the tradition, whilst venturing beyond, into the realms of folk-rock and psych. A devoted guitarist since childhood, Henry Parker’s musical roots go back to a self appointed upbringing in rock and heavy metal, yet, at the age of 20, paths were taken that led him adrift. Soon enthralled by the ethereal playing of Bert Jansch and Nick Drake; finger-picking and open tunings rapidly became the essence of his sound. Coupled with a love for his immediate moorland surroundings of West Yorkshire, we are presented with a strain of informed, progressive folk music found nowhere else. Having spent the past 5 years playing headline concerts and supporting many of his musical heroes, including Michael Chapman, Wizz Jones and Bridget St John, Henry Parker’s 2nd album, ‘Lammas Fair’, released at the end of 2021, brings him to the forefront of the progressive folk music world. Heralded across the music press as an essential album, it is this latest release that has seen Parker emerge as a respected artist in the worlds of folk-rock, psych and traditional music. “His relaxed vocals and songwriting are as warm and open as his tunings” 8/10 Uncut Magazine
Watch Video
Artist Website
Buy Tickets
Open Mic evening performers and audience welcome.
28th July 2022
No advance tickets £3 minimum donation.

http://bramtaylor.com
Black Swan, Peasholme Green, York
A truly entertaining artist with a distinctive voice and a relaxed stage presence Bram has been regularly playing for us at the Black Swan Folk Club for many years. He was last scheduled to appear at the club in 2020 but due to 'lockdown' we had to postpone. We're delighted that we're able to make amends with this new date.
Artist Website
Buy Tickets
Open Mic evening performers and audience welcome.
11th August 2022
No advance tickets £3 minimum donation. 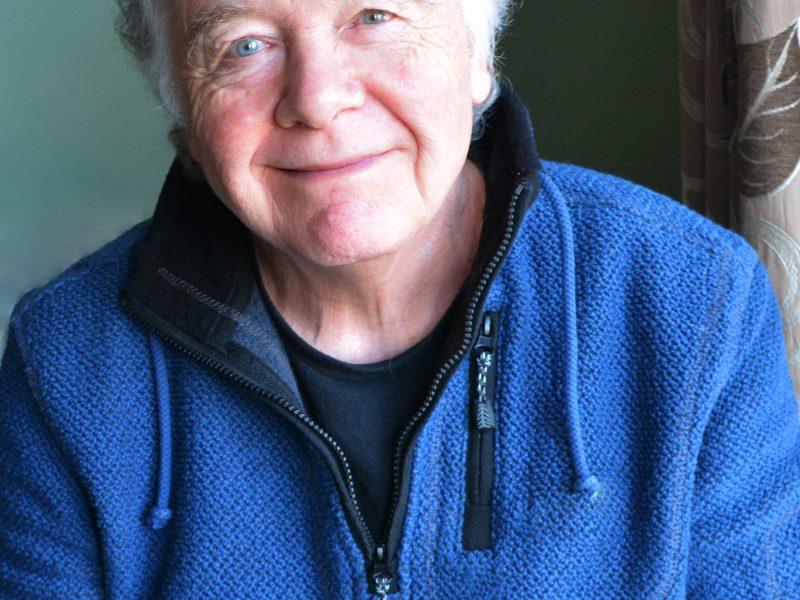 http://alistairrussell.co.uk
Black Swan, Peasholme Green, York
A real survivor from the rapidly diminishing world of folk clubs, Alistair Russell has been on the road since the 1970s, touring internationally, writing and performing his own songs and receiving critical acclaim from many corners of the folk world. He was a member of the Battlefield Band and has also turned his hand to sound engineering and tour management. A recently published book ‘Can’t Do This on my Own chronicles his life on the road and tells how a wanderlust was instigated by a back-story of a Scots family in exile and a semi-absent father’s tales of working in far-away places. ‘Singing from the heart, because he believes in the words’ Alistair will be delivering a night filled with high class folk song and experienced musicianship.
Watch Video
Artist Website
Buy Tickets
Open Mic evening performers and audience welcome.
25th August 2022
No advance tickets £3 minimum donation. 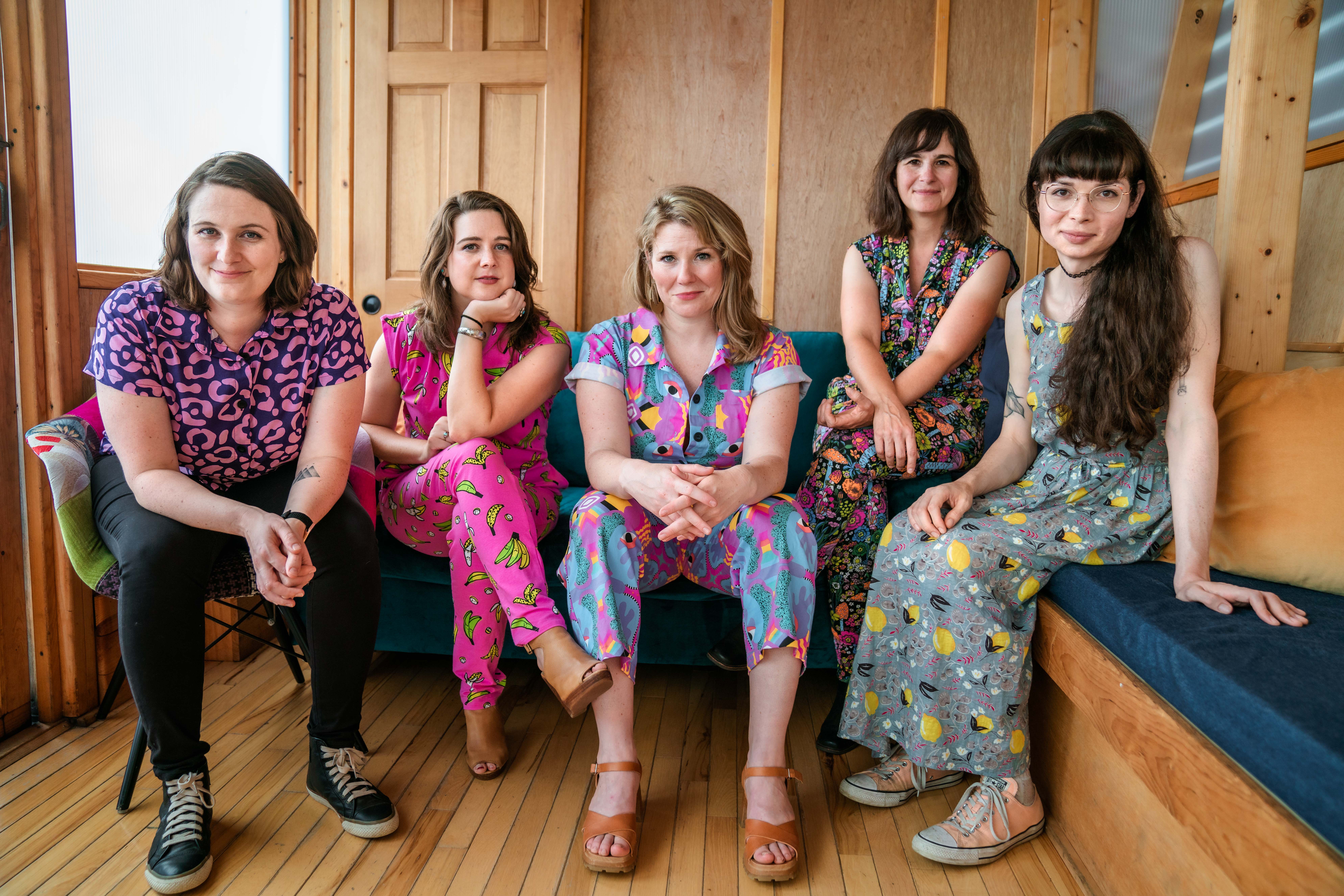 http://dellamae.com
The Crescent Club, 8 The Crescent, YORK, YO24 1AW
This concert takes place at the Crescent Club. 8 The Crescent, York, YO24 1AW.
A statement from DELLA MAE:- We're saddened to cancel our shows in York, London, Crawley & Bristol. Due to the skyrocketing costs of travel and accommodations, the toll exacted by COVID on promoters and venues, and the continued risk & challenges the virus still presents for travel and health, we've had to make some tough decisions on this tour. We hope that you'll understand and stay tuned until we can be back with you.' Ticket refunds available from the point of purchase.
Watch Video
Artist Website
CHRIS and KELLIE WHILE
1st September 2022
£15 (+bf more otd) www.wegottickets.com/event/550946/ 15 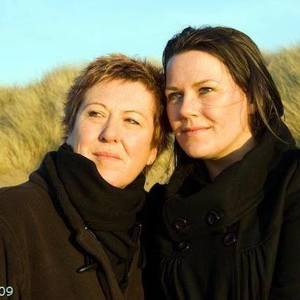 http://www.chrisandkelliewhile.com
Black Swan, Peasholme Green, York
A rare appearance from Chris While and her daughter Kellie. Many know Chris from her work with Julie Matthews, St Agnes Fountain, The Albion Band, Fairport Convention and as a soloist. She is an acclaimed songwriter. Kellie has performed with the Albion Band, E2k and the Reel and Soul Association. As well as her musical commitments Kellie is now also kept busy working as a producer in radio. This mother and daughter love to sing together and despite their busy lives they've found the time to do a short tour this autumn. We're lucky to be able to host them at The Black Swan Folk Club.
Watch Video
Artist Website
Buy Tickets
LIAM O'MAONLAI with WHITE SAIL (Concert at the Crescent Club)
5th September 2022
£18 (+bf more otd) thecrescentyork.seetickets.com/event/liam-o-maonlai-white-sail/the-crescent/2308953 18

http://liamomaonlai.ie
The Crescent Club, 8 The Crescent, YORK, YO24 1AW
This concert takes place at the Crescent Club. 8 The Crescent, York, YO24 1AW.
This event takes almost a year since we hosted Liam O'Maonlai and White Sail at the Black Swan Folk Club. Our first gig inside the folk club room after 'lockdown'. It was a gorgeous sunny Sunday afternoon and an outstanding performance which we're still talking about. This time we welcome back both artists to a larger venue The Crescent Club. Liam attended Scoil Lorcáin and Coláiste Eoin, which is a Gaelscoil on Dublin's southside, although he credits his father as being the main influence for his love of the Irish language,[1] of which he is a fluent speaker. He won an under-18 all-Ireland award for his skills on the bodhrán and first formed a band called The Complex with childhood friend Kevin Shields and drummer Colm Ó Cíosóig. Later Liam left to form the Hothouse Flowers in 1984. Ó Maonlaí is also an active member of the Nuclear Free Future movement and contributed to the hosting of events in Carnsore and in Wexford Town in 2001. In 2004 he was a guest at the Barefoot College, located at Rajasthan, India. 2005 saw him release a solo album entitled Rian which is a collection of tunes and songs in Irish. He performed in the 2009 Dublin to Gaza benefit concert. The 2008 documentary Dambé: The Mali Project tells the story of his 3,000 mile cross-cultural musical adventure with Paddy Keenan and friends, and features performances from the Festival au Désert.
Watch Video
Artist Website
Buy Tickets
MARIA DUNN with SHANNON JOHNSON
8th September 2022
tba 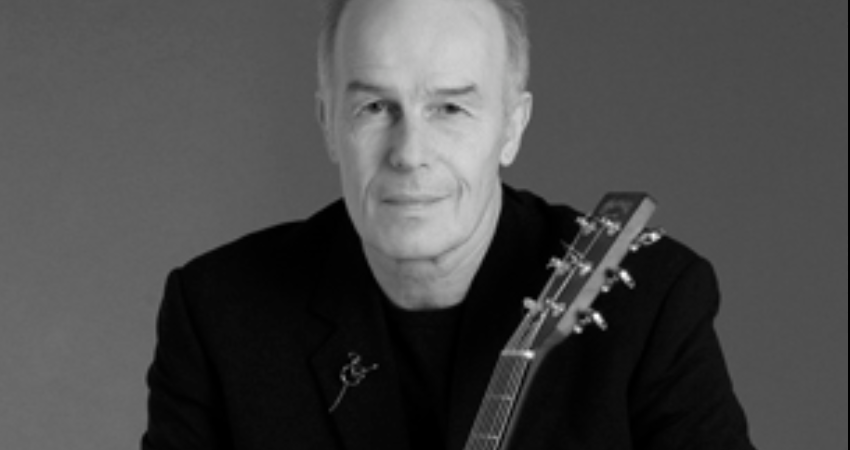 http://www.allantaylor.com
Black Swan, Peasholme Green, York
This event replaces the one we had to postpone from 25/11/21. All tickets already purchased for the postponed date remain valid. Allan Taylor is one of the last of the travelling troubadours who came through the London and New York Greenwich Village folk music scene of the sixties and seventies. He’s travelled the world performing at festivals, concert halls and clubs. Considered to be one of the foremost singer-songwriters and guitarists in his genre, with more than one hundred and fifty recorded versions of his songs by artists in ten different languages, he’s made more than twenty CDs/Albums and continues to write, record and tour throughout Europe.
Artist Website
Buy Tickets
CHRISTINA ALDEN and ALEX PATTERSON
24th November 2022
https://www.blackswanfolkclub.org.uk/?CHRISTINA ALDEN and ALEX PATTERSON
Black Swan, Peasholme Green, York
TALISK (Concert at the Crescent Club)
27th November 2022
https://www.blackswanfolkclub.org.uk/?TALISK
The Crescent Club, 8 The Crescent, YORK, YO24 1AW
This concert takes place at the Crescent Club. 8 The Crescent, York, YO24 1AW.
MARTIN CARTHY
7th December 2022
https://www.blackswanfolkclub.org.uk/?MARTIN CARTHY
Black Swan, Peasholme Green, York
BLACK SWAN FOLK CLUB Christmas Party
22nd December 2022
https://www.blackswanfolkclub.org.uk/?BLACK SWAN FOLK CLUB Christmas Party
Black Swan, Peasholme Green, York
CHURCHFITTERS
26th January 2023
tba 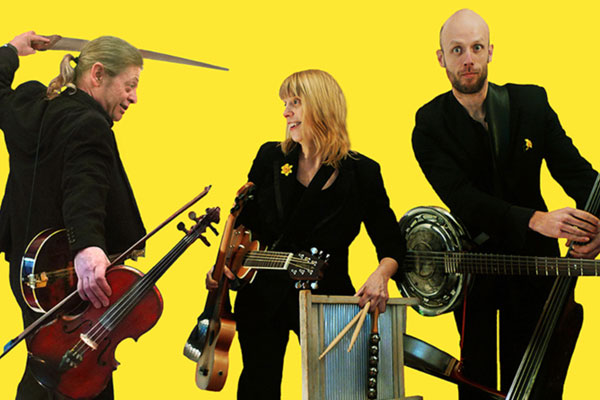 https://www.blackswanfolkclub.org.uk/?CHURCHFITTERS
Black Swan, Peasholme Green, York
One of our favourite bands at The Black Swan Folk Club. Why “Churchfitters”? Nobody knows! They’re not fitters and have absolutely nothing to do with churches. The name’s origin is lost in the mists of time but there is one aspect that suits them perfectly - its quirkiness. When your array of instruments includes a motorcycle petrol tank, a musical saw and a Mercedes Benzouki made from hubcaps there’s little point worrying if the name makes sense! Saucepan dulcimer, glass harp, Bing-Bong machine and magic boots all join some more conventional instruments (fiddle, banjo, sax and whistle to name a few) to back Rosie Short’s sublime voice. These three flamboyant characters present their uplifting and entertaining show with a unique dynamism and describe their music as “Folk Unlimited”. Mike Harding calls it “Brilliant and beautiful” while Dave Pegg says they are “The most musically inventive group I’ve seen in decades”.